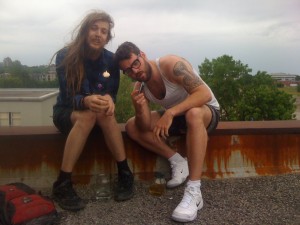 Our bouncers Michael and Jesse 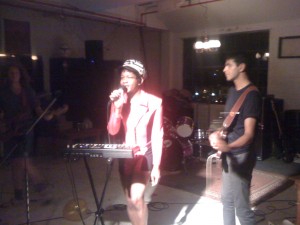 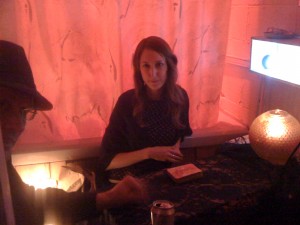 2012 got more tricked out than the previous tricked out standard previously set and maintained with Cool Fest. Cool Fest Eleven was such a success, and we were all so happy to be back working together again, that it was collectively decided we should do this more often. That led to our deciding that four (4) Cool Fest Twelves should take place in 2012. This extravagance was justified with the year 2012 being vaguely groovy in people’s minds already. A Cool Fest would happen at each solstice and equinox through the year, the first being three months away. We were satisfied we would be seeing enough of each other.

Cool zen tarot insight depth work by Kitty:
“general guidance, a ‘here and now’ reading. let the cards tell you what you ought to know: right here, right now. how can you align this holographic fragment of time-space with the greater movement of the whole? zen tarot can help you with that. 3$

insight into a particular issue, or relationship. let the cards reveal the karmic patterns and unconscious dynamics at work in your reality. zen tarot insight fosters deeper awareness of the forces within you, and points the way to higher vibrational frequency aka greater joy in life, work, play and love. 5$

each reading comes with a smudging of sage, to cleanse the vibe and clear the space for illumination. confidentiality ensured. irony not recommended.”

Food by The Severe Belly

DECEMBER 15th at LA BRIQUE
COOL FEST XII.IV.II
the final chapter
PAY WHAT YOU CAN
BRING YOUR OWN CANS
AS BAD AS YOU WANT IT TO BE

Things got extremely good. The cooking situation enhanced us with rabbit and other wild game. A tarot reading booth was introduced to balance the eruptitude, and everyone felt the shift. Dominique Alexander contributed the decor installations “Bubble World” and “Quarry World” which transported us all as you might expect. An even more experimental TV installation than Cool Fest XI’s was succumbed to. Huge crowds cheered incredible sets by Fat Worm of Error, Avec Le Soleil Sortant De Sa Bouche, Jef Barbara, and a million others, and luxuriated under unconditional rooftop access for the half of the year that’s any use in Montreal. Those of us who were there for all of it saw close to eighty sets that year with Cool Fest.

It had costs, hitting it so hard like we did. We were all Tired and emotional occasionally. I bet Woodstock was no picnic either sometimes. But trouble comes and goes pretty fast when you’re totally immersed in a peak life experience once every twelve weeks. Between the music, and all the people particiapting and helping out to add to the experience, we made Woodstock look like nothin’ more than a bunch of hippies. I’d like to give a shoutout to all righteous souls who opened their hearts to Cool Fest this year. 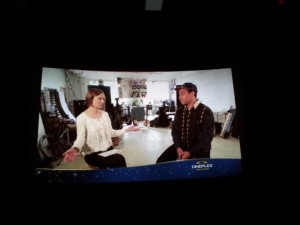